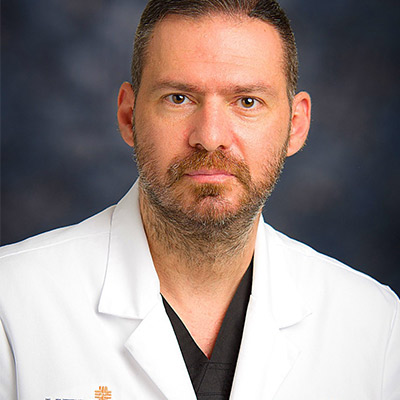 Dr. Nikolaos Soldatos is an Assistant Professor, Department of Periodontics and Dental Hygiene at the University of Texas Health Science Center at Houston and Board-Certified Periodontist and Implant surgeon from the American Board of Periodontology. He is the current President of the Faculty Senate at the School of Dentistry. Dr. Soldatos earned his DDS from the Dental School of Athens, National and Kapodistrian University, Athens, Greece in 2006 and taught for the Department of Prosthodontics from 2007-2011 as a Clinical Instructor. In 2011, he served for one year in the Greek Army. In 2012, Dr. Soldatos completed his PhD degree at the Medical School of Athens, National and Kapodistrian University of Athens, Greece. In 2015, he earned a Certificate in Periodontics and Implant Dentistry and a Master of Science in Dental Medicine (MSD) from the School of Dental Medicine, University of Colorado, Anschutz Medical Campus. Furthermore, in 2015, he completed an implant fellowship and became an Assistant Professor at the University of Colorado, Division of Periodontics, Department of Surgical Dentistry. In December 2015, Dr. Soldatos joined the University of Texas, School of Dentistry (UTSD) at Houston, Department of Periodontics and Dental Hygiene as an Assistant Professor. As part of his interaction with the scientific community he is the PI in a multiple arms study assessing the “Temperature Changes During Implant Osteotomy Preparations, in Fresh Human Cadaver Tibiae and Impact of Heat Generation on Bone Viability and New Bone Formation”. He has validated a highly innovative ex-vivo bone healing model recapitulating in vivo conditions of implant placement. This model employs fresh human cadaver bone using a novel technique that rescues resident bone and progenitor cells to facilitate translational bone healing research. The preliminary results of this work were awarded with the Best Oral Scientific Award at the 2019 annual meeting of the Academy of Osseointegration in Washington, DC. He also serves as a co-PI in two multi-center clinical studies evaluating the “Osseodensification and Implant Primary Stability During the First Six Weeks of Implant Placement” and “Self-Reported Pain After Periodontal Surgery” along with experienced PIs from major Universities. Dr. Soldatos is member of American Academy of Periodontology and ambassador of Academy of Osseointegration. He serves as a member of Continuing Education Oversight Committee and Clinical Innovations Committee of the Academy of Osseointegration. His clinical interests include guided implant dentistry, guided bone regeneration and soft tissue regeneration. Dr Soldatos has published numerous papers in peer-reviewed European and American journals and maintains a faculty practice limited to Periodontology and Implant Dentistry at the UTSD. 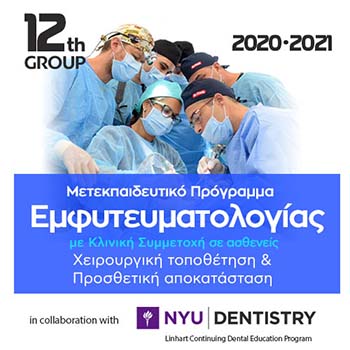 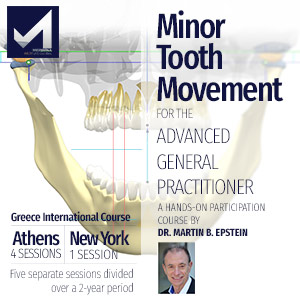 Peri-implantitis: from prevention to treatment